Streptococcus agalactiae – Group B Streptococcus:
An organism with inherent virulence for neonates 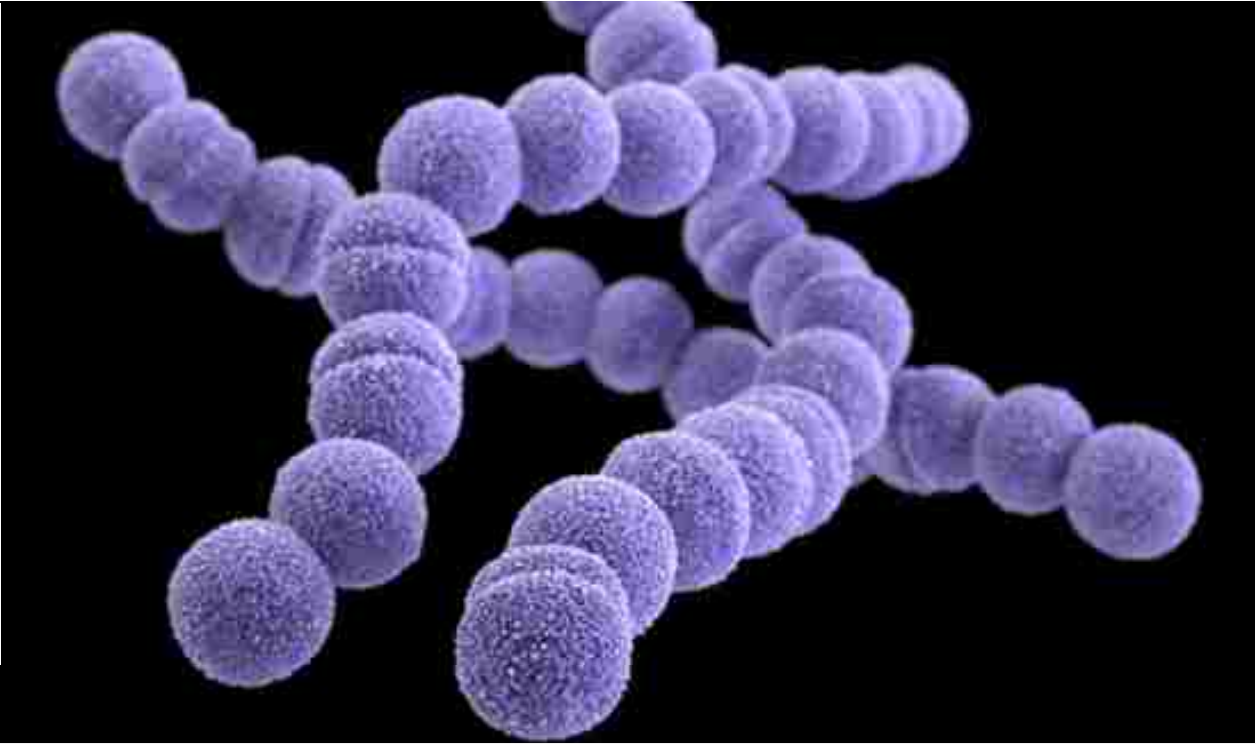 Streptococcus agalactiae, also known as group B Streptococcus
(GBS), is a common colonizer of the gastrointestinal and genital
tracts, and is a frequent commensal in pregnant women. Maternal
colonization is the primary risk factor for GBS infection in neonates
and young infants. This organism is a major cause of disease in the
neonatal and perinatal periods. The infection may be acquired in
utero through intra-amniotic infection, by rupture of membranes,
or during passage through the vagina. After discharge from the
hospital these infants may acquire GBS from colonized household
contacts as well.

Fig 1 Image of chains of Streptococcus agalactiae demonstrating the cocci and
chain morphology of the bacteria.
https://www.betterbirth.com/group-b-strep.html.

These risk factors serve as guidelines for screening pregnant women for GBS and the administration of intrapartum antibiotic
prophylaxis.

4.2 Late-Onset Infection
The median age of onset is 37 days and the infants present with fever, irritability and poor feeding. Several other foci of infection may
be found, including osteomyelitis, cellulitis-adenitis and arthritis.
• Bacteraemia – These infants commonly present with a fever of ≥ 38 °C.
• Meningitis – Up to 25–35% of late-onset GBS disease present with meningitis. The clinical picture of neonatal meningitis is
indistinguishable from neonatal sepsis without meningitis.
• Other focal infections
Bone/joint infection – the right proximal humerus, femur and tibia are the most frequent sites affected.
Cellulitis-adenitis – the face and submandibular area are commonly involved. Cerebrospinal investigations should always be
performed in young infants presenting with cellulitis-adenitis, and coverage for GBS meningitis should always be given until
CNS infection has been excluded.

4.3 Late, Late-Onset Infection:
The patients are older than 3 months and most of these infections occur in very-low birthweight infants. Immature immune function
and continued mucosal membrane colonization are important factors. Furthermore, HIV infection of the infant must be considered.